Welcome everyone to the test flight of PAMPA’s latest format on our website.  We are trying to keep up with technology and present ourselves as close to the action as we can.

PAMPA has been going through a period of contraction for a while, as many of our “anchor” members age beyond “active” status.  We also know and admit that ending our printed version of Stunt Newshurt the member base some.  We simply had no choice in that matter, as the treasury moved into negative territory in the past few years.   Efforts to slow that were made by the past officers, to their credit, but the slide was more steep than anticipated.

We find ourselves on a new plateau, where I hope we are going to operate within our budget and keep this great organization alive for quite a while forward.  This new PAMPA website format is a step in that direction.  I know that no matter what we do, someone won’t be totally happy.  It’s always been that way.  Everyone has a great idea–but that doesn’t mean others think it’s so great.  What the job of a leader has to be is to make choices based on what he thinks serves the needs of the greatest number—then, of course, take flack from a few others.

I’ve been extremely fortunate in this job.  Not too many have been overly negative towards the decisions I’ve had to make.  That’s not to say everyone has been thrilled, but in most cases they understand my reasons.   As of today, PAMPA is smaller, but steady and sound financially.

We really want to implore you to pull your creativity out of storage and write for us.  You know: stuff in, stuff out?  You have things to offer all of us. We few  (highly paid) staff can’t produce the volume of things required to fill pages continuously.  Not enough time, nor ideas.  We need YOU!  Send pics and details to your District Director.  Major articles go to Bob Hunt (robinhunt@rcn.com) or Alan Hieger (dognosticator@yahoo.com): they are the co-editors of the new Stunt News format on the website.

We have a ‘Help Wanted’ sign out for a District Director for District 1.  If you are in the district and wish to step up, please contact me directly.  We did have a change of directors in District 10; Al Hieger stepped down voluntarily to be able to have the time–and energy–to co-edit the newsletter with Bob Hunt.  Warren Walker stepped up to the plate to replace Al as the Director in the West.

Due to the Covid virus, I did not hold a Nats Executive Counsel nor open meeting last year.  A number of the EC didn’t attend, which made a meeting sort of pointless.  We generally hold mini-meetings every now and then via e-mail chains.  I haven’t given much thought yet about holding an in-person meeting in Muncie this year.  When there isn’t a lot to share and few attend, I don’t wish to bring a group indoors right now for this.   I know this wanders a bit outside the By-Laws, but so does COVID-19.

I’ll close with saying this; the past year has been terrible and overwhelming for so many and has been hard on our sport, with most of the contests having been canceled.  The early part of this year doesn’t look much better.  I believe we will have a great deal to be happy about and look forward to by later in the year.  If the vaccine programs get up to speed and most of us can get shots, we should be able to come back to near-normal, and get these contests going again. –Dave 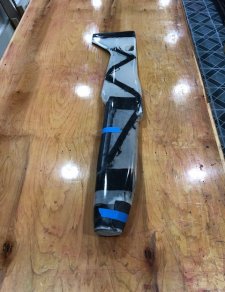 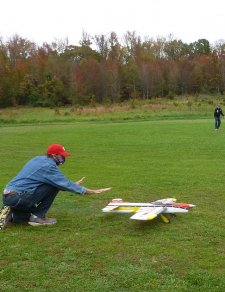